My doctor finally acquiesced to my pleas to try IV saline and see if it helped my symptoms at all. I really wanted to try it last month when I was going through such hell after the tilt table test (I still cannot believe how profound the payback was from what felt like a comparatively benign day of tests), but she wasn’t convinced it was a worthy experiment. It wasn’t until I sent her POTSgrrl’s post (thank you!), that she thought we could give it a try.

I scheduled the appointment for the day my period was due because that is typically when I am most incapacitated by ME symptoms. It was 6 hours from the time we left the house until we returned. I never expected such a long day. We did 2 full bags of saline over a little less than 3 hours (and it took 3 tries to get the IV line in. Twice, the nurse said, “Shoot, I blew the vein.” I didn’t know what “blew the vein” meant and I was lying down and couldn’t see my arm, so I had a panic about what complications would happen, how much blood was everywhere and whether we should continue. Once something is underway ~ a treatment, a plane trip, anything ~ I don’t fret at all, but, during the time when I can change my mind, I always start to second-guess my decision. Maybe I shouldn’t have asked for saline. Everything always goes wrong. Maybe two “blown” veins is the universe telling me this is a bad idea. Maybe I should stop it now and go home. But the nurse went and got a different person to put in the IV and she was quick and confident and, once it was done, my mind was at ease).

The worst part about the treatment was how cold I was. The room was freezing and I spent 4 hours in there covered in blankets, my heated vest (it has a battery pack), my coat, my scarf and gloves, my husband’s coat, a water bottle that my husband filled with hot water from the tap… It was ridiculous.

Below is the email I sent my doctor this morning. I wanted to post it here so I have a record of how this treatment helped. Or didn’t.

Thank you so much for being willing to try this experiment! I really, REALLY appreciate having someone in my corner.

I’m going back to bed for the day now because I feel worse than I have in weeks. But I’ll leave you with some scenes from my scooter-walk with my husband and pups ~ now the thing that gives me the most joy in my life. 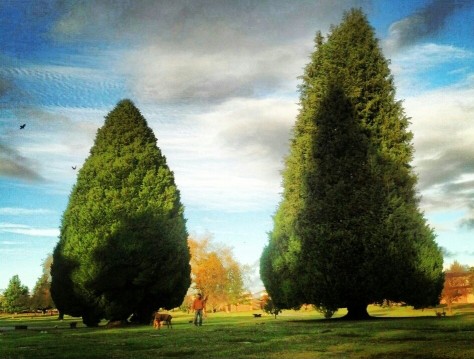 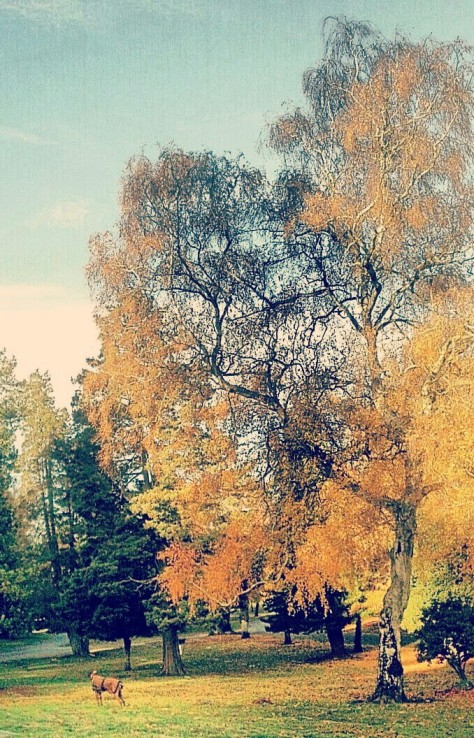