13 months after my California doctor wrote the prescriptions for two gut antibiotics to treat SIBO, today is the day I have to face the music. I’ve put it off for this long out of fear: Fear of a mast cell reaction (Rifaximin ingredients: Sunset Yellow FCF, ffs); fear of no reaction, but feeling terrible from die-off (we just arrived in the Cali desert for a month, so it’s really fear of destroying my idyllic get-away); fear of altering my microbiome for the worse, rather than the better (causing more of a candida flare, causing C. diff etc); fear of spending the money, but not not being able to take the medicine (each one was $200!). Also, although the SIBO test was “off the charts” (in my doctor’s words), I don’t have the symptoms, so fear of messing with the gut I know and creating new issues. I haven’t taken an antibiotic in almost a decade–well before I got sick–so, there’s fear there, too.

But I see my doctor later this month and I’m determined to do the treatment before I see him. I now have both medications in front of me, money is spent, no excuses. One of them is compounded in sterile water and needs to be thrown out in a few weeks, so I’m starting now, with one drop, as soon as I stop typing… which, of course, makes me want to keep typing, keep putting it off, what else can I tell you…?
_
_
_
Okay, I’ll quickly tell you a good drug story, which will bolster my confidence. The first medication I was ever prescribed after getting sick was hydrocortisone. The pharmacist said, “If it gives you a headache, let me know.” It gave me a whopping headache and, back then, I didn’t understand my reactions and how I have to start at micro-doses–I didn’t even know you could cut a tablet or open a capsule–so, I just stopped taking it after two days. The ND said she presented my case to her colleagues and everyone said, “Yes, hydrocortisone!” but it was my first experience with an ND and perhaps I didn’t fully trust her, but, more so, I didn’t want any worsening symptoms, so I just stopped going to her. That has been my MO thus far: try not to rock the boat, except very gently, over a very long period of time (and, by the way, for the most part, I have improved over the years (knock on wood, toba, toba), which has reinforced my careful tendencies).

Last year, my California MD Rxed hydrocortisone again. I tried an 1/8 of a tablet in August and felt short of breath, so didn’t take it again until 3 months later. Then I was spurred on by a receptionist at a doctor’s office who started crying (!) on the phone to me while talking about her daughter who needs hydrocortisone all day long, so I tried it again. It went okay for a few months. Then one day it made me feel gittery, spacey and short of breath again. Then, a few weeks after that, it hit me like a freight train. I wrote in my calender: “Shaky, drugged, agitated, buzzy muscles, feel like I’m on speed, then possible blood sugar crash (or maybe just still shakes from hydrocortisone). Then, after hours, a dull obvious-reaction headache and stuffed ears.”

This is what used to happen to me with antihistamines: I’d handle them for days and then, without warning, the same dose would send me into a scary cascade of anticholinergic symptoms (I still mourn the loss of Unisom, which helped a lot with sleep for a while).

But, I persevered with the hydrocortisone (yay, me!) and, last month, something clicked, I could feel it help my body. I can feel the uptick in energy and the decrease in brain symptoms. I give hydrocortisone full credit for getting me through the weeks of packing for this trip and those back-to-back high-step count days. Each morning, I marveled: I’m not bedbound, I think I can do it again. I have no side effects now and I might even try more than a 1/4 tablet. 😉

I couldn’t decide whether to use this Robert Palmer song for my title or the equally cheesy and almost as ancient Thompson Twins song: Doctor, Doctor, can’t you see I’m burning, burning… Have to say, I like the latter better, but I don’t currently have a fever, so it didn’t win out. 🙂

I wrote this post yesterday before I launched into the exciting day of driving myself to appointments. It’s kind of unfinished, but I’ll publish it anyway and get on with resting up…

I got the results from the saliva and stool sample tests that I sent off almost a month ago. I don’t have the hard copy results in front of me yet, but the doctor called me yesterday and I took furious notes. Here’s the wrap up:

THEN I had an appointment with my new sleep doctor. I love him, thank god. Once again, I spent a few days this week weeping from the burden of this disease. Lack of sleep not only increases all the symptoms of ME/CFS, but it also causes the usual black fuzzy cloud of irritation that healthy people experience when they don’t sleep. My friend Z., who has a new baby, reminded me of this. Even healthy people are exhausted and overwhelmed when they are woken up throughout the night, night after night, so I’m cutting myself some slack. Having said that, after having quite bad diarrhea from the Valerian supplement I started last week (my body is SO tolerant), I was finally ready to consider a prescription sleep drug. Especially after reading this post over on Learning to Live with CFS.

Dr. M, my new sleep doc, gave me a few new options for sleep and then pointed out, “Note that I am not reaching for my prescription pad. We can go there, but not yet.” Low dose anti-depressants may be the answer, but I love doctors that try everything else first. It makes me feel listened to ~ respected. First he said, for very light sleepers, CPAPs can replace the waking problem of apnea with the waking problem of a foreign object attached to your face. Well, no shit! Finally someone who doesn’t say, you just have to work at getting used to the mask and it may take months. 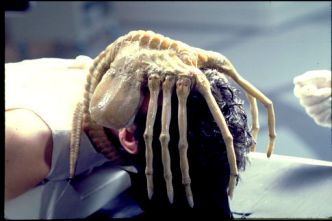 Just get used to it!

He told me to add another mg of melatonin about 3 hours before bed and keep taking the 1mg right before I go to sleep. He recommended getting a custom-made pair of earplugs from a hearing aid store. They will cost about $100, but he said they will be a very good ~ and comfortable ~ investment. I should try going to bed a little later ~ he thought that I may wake up 5 times rather than 15 times if I went to bed closer to what I thought my natural sleep time would be (I told him, in a perfect world, I think my sleep schedule would probably be around 12am-8am). He warned that it sounded crazy, but putting a gel ice pack under my neck and head when going to sleep can help and, even better, take a bath 3 hours before bed and then do the “cool head” routine to really exaggerate the effect. He recommended I read Too Loud, Too Bright, Too Fast, Too Tight, more than anything to get some solace in the fact that I’m not alone. Finally, he thought we should try a dental appliance to replace the cpap since my apnea is mild (although, he did confirm that I have a physical apnea problem ~ not just heightened brain activity. He thought the throat narrowing is probably a congenital disorder that has affected my sleep all my life). This is not my dentist, but the page gives example images of dental appliances, if you’re interested.

Aside to my Dad: I KNOW, you told me so. But I wanted to give the cpap a fighting chance. Plus, I really liked breathing filtered air all night instead of dust mites and dog dander. Plus, I invested a lot of time and money getting to know the cpap life. Dr. M. warned that it won’t be a quick and easy transition to a dental appliance. The dental device takes time to make and, once I’m using it, it will take a few visits and a lot of tinkering to get it fit perfectly. He said it will shift my teeth a minuscule amount and cause some jaw discomfort, but it can ultimately help TMJ disorders, as well as apnea.

More later when I’m up to it. The snow from my last post is gone already ~ just in the time it took to edit this, maybe half an hour. So, new gratitude:

TO THOSE FRIENDS THAT HAVE NOT LET MY ABSENCE FROM LIFE SCARE THEM AWAY: THANK YOU FOR BEING THERE. There are no words to describe how much I have needed you and how you have buoyed each day and given me the strength to keep fighting this. Isolation is a killer and feeling like you’re not interesting/funny/able to contribute/able to participate can start to make you feel a bit worthless. If I’m not brimming with energy, quick-witted and able to talk about life’s new adventures, would I want to know me? So, you know who you are: I don’t take you for granted for even a single second. [Again, this subject needs a separate post all to itself.]