Here’s the thing. I don’t think it’s coincidence that it has been so humid in Seattle this month and I have gone downhill. I have been using the dehumidifier every day and I didn’t have to turn it on once in the last six months. This is something I am so reluctant to write about because it causes me such terror and grief. More for my husband than myself. If this climate, this city, this house is making me sick, I would move. I could make that decision today. When you lose your career and your social life, become housebound and fear death, there is nothing that seems too drastic or impossible. I’ve been too sick to go anywhere, see people, call family, read books, so what do I care if I have to leave the place I have called home for 19 years? Well, I do care, of course. I have been too immobilized by fear all this time to even consider it, let alone talk about it, let alone do it!

But, the most difficult part for me is that the hardship falls on my husband. He is the one that would have to sell things, pack things, clean things. He is the one with hard-won seasonal landscaping clients. He is the one that has poured his heart and soul into this home, tearing down walls and building bathrooms, replacing piping and electrical, building porches, patios, vegetable beds and fences, tearing out the furnace and installing under-floor heating, slugging through the crawlspace and sweating around the attic, replacing every shred of insulation that was infested by rats when we first moved in.

He is the one that has spent 8 long years growing this garden oasis. Every single day that he doesn’t work — summer or winter — he has been in the garden doing whatever it is that people who love landscaping and plants do. The trees he has planted are glorious and you all know the fireworks show of flowers that I have documented here.

He has done work-trade for plants and materials, used reclaimed stones and bricks to build paths and retaining walls… he has mulched and pruned and dug and mowed every day for 8 years and, until recently, I could never see the art that he knew would reveal itself. While I was confused by his choices, he could see the future colourful landscape and, one day, there it was… Ooohhh, that’s why you cut back that hedge so aggressively! Ooohh, all that green actually blooms eventually! That’s why you put that tree there! There was a reason for every brush stroke, only it took years to see the full painting. And we thought we’d have forever to enjoy it. My heart aches for him more than anything — that he might have to walk away from his slowly-created and lovingly-tended artwork.

I have never taken Seattle for granted. Every year I am grateful that I don’t live with crushing heat and air conditioning… we don’t have freezing storms, frozen pipes, snow drifts, hurricanes or tornadoes…. don’t have to worry about mosquitoes, biting bugs, fire ants, huge spiders… I love all our doors and windows open 5 months a year and never having to think about insect repellent or ticks or West Nile virus…. I love the mountains and Puget Sound, the abundance of good food, farmers’ markets, clean water… I love the laidbackness and the passion of the people here… the music, art and theatre here… the politics, universities, the companies that make their homes here… I don’t want to live anywhere else in America…. But… what if?

Recently, Jen Brea, who is making the film Canary in a Coalmine, had some remission of her symptoms in Utah. I looked up today’s temperature and humidity in Salt Lake City and it is 88 degrees and 24% humidity. Here in Seattle, it is 61 degrees and 63%. Dublin, Ireland is about the same. My whole life I have lived in this climate and I need to test something different. I want to not only test a different house, but different air. If I could, I would travel to the Carribean or Europe, but the reality is, if I can be healthier in, say, Winnemucca Nevada, shouldn’t I go there? Can I separate living from all the things I thought equaled living? If I have no friends, no dogs, no home, no job, no possessions, but I’m not (as) sick, is it worth it? If I’m healthier, but I have no access to community because I’m living so remotely, can I be happy?

I can’t even begin to describe the lives of extreme mold avoiders. I have delved into that world for about six months now — watching videos, reading blogs and articles, listening to discussions in Facebook groups — it is harrowing and heartbreaking. No one can comprehend the pared-down, nomadic lives that people lead, leaving everything and everyone behind to travel the country looking for a safe place to sleep, their few possessions in garbage bags. Putting down shallow roots until something goes wrong — water intrusion, insecticide spraying, air quality changes — and then having to move on again to the next motel, campsite or friend’s driveway. I don’t know how they find the strength. But, my first step has to be getting out of here and testing how I do somewhere else. Part of me is hopeful and excited that it might make a difference and part of me thinks our little family will never survive such upheaval and I’ll somehow have to go it alone. As it stands now, I have to figure out where to go, when to go and who will take care of me until I can take care of myself. Gratitude pours from every fiber of my being for those of you that have offered to travel with me and help this quest: friends, siblings, parents and dear husband, I wouldn’t have a chance without you. 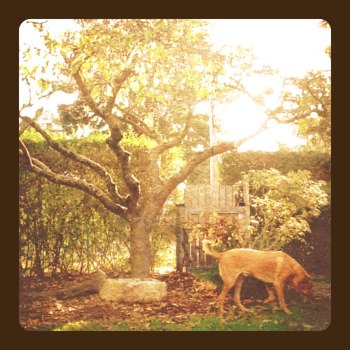 *The Locations Effect is the name of an online forum and Facebook group started by Lisa Petrison to report “on places where people have experienced improvement in chronic neuroimmune health conditions.” She is also executive director of Paradigm Change, a “not-for-profit organization with a primary goal of encouraging the exploration of the hypothesis that certain diseases involving the neurological and immune systems may be ones of toxicity.”