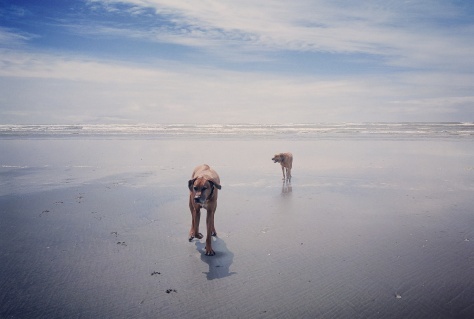 After more than 10 months, I got away from the house. Every time I look at the grey in my dogs’ muzzles, I have a panic about time slipping by and the knowledge that Bowie is hurtling towards end of life. He is 9 and Rhodesian ridgebacks typically live 10 to 12 years. Bowie is big — the tallest ridgeback I’ve encountered in the flesh or online — I fear he’s more like a small great dane and they typically live 6 to 8 years… So, I’m bracing myself. Truth be told, I’ve been bracing myself for their ends-of-life since they were kids.

Riley was originally found emaciated to the point that he couldn’t stand up and had already been in two foster homes before coming to us. We were meant to be a foster home, too, but, after he was placed with two more families that didn’t work out (and my emotional meltdown with each goodbye), we knew he was meant to be ours. And, wow, was he meant to be ours. I don’t think any other pack would have worked so perfectly. He almost died from some gastrointestinal awfulness soon after we adopted him. I watched him lie on his side, dead-eyed, weakly vomiting blood while the vet told me he thought he might not make it. Not long after that, Bowie hurt his back at the park and I lifted his 110lbs into the car with some sort of super-human mother strength and raced to the emergency vet. I was healthy then, but, still, that’s more than I weigh.
[NB: Of course I called the clinic to verify his weight at that visit.]
[NB: Of course I made sure they weren’t busy before I bothered them with that question.]

So, losing them has been at the forefront of my mind for most of their lives. It may sound morbid, but it makes me appreciate every day that they’re here and I never take a moment for granted. I will miss this hair one day, I think as I pull it out of every meal I eat. I will miss his drool one day, I say as I almost brain myself slipping in the saliva pool on the kitchen floor. I spend an inordinate amount of time cuddling them, memorising every curve and bump of their bodies, making sure I’m always conscious and grateful for their presence.

I will never forget the first time I took a mobility scooter to the cemetery for a “walk” with Bowie (at the time, I didn’t trust Riley to stay close off-leash, so he went to doggy daycare instead). We had been visiting the cemetery since Bowie was a puppy, but it had been a year since I was housebound and that first year was the longest and sickest of my illness. He lept like a puppy when we got there and I wept as I watched him. I think it was as important for him to see me out as it was for me to be out. Last year, both of my dogs’ mobility declined sharply. Riley is arthritic and Bowie is an old, creaky man. My number 2 wish (after getting better) is to fill their time with as much fun as possible. If I could, I would take them someplace different every day, wear them out, introduce them to novel smells and new friends (every time I’m flabbergasted or frustrated by my acute sense of smell, I think what the world must be like for a dog whose nose is tens of thousands of times as sensitive as a human’s. While a dog’s brain is only 1/10 the size of a human brain, the part that controls smell is 40 times larger. Can you fathom that even slightly? Whenever I see someone yanking on a dog’s leash, I think, imagine what he is smelling down there! Give him a minute!).

My dogs are my kids, my caretakers, my comedy, my inspiration, my reason for pushing myself, my main source of joy.

So, this is all a big preamble (pre-ramble, more like) to the story of our recent road trip to the coast (in a future post) and why it was so important to me. I can’t fly with my dogs to India or Africa or even to different parks very often, but once a year for the last 3 years, we’ve made it to the seaside. This time was different, though. This time I was stronger, I wasn’t as crushed by poisoned pain and my husband and I were happier, not desperately grappling for handfuls of different memories within the blind freefall of sudden severe illness survival. Because that’s what it has felt like: an initial period of confusion, fear and searching, followed by 3+ light-speed years of gasping for air and kicking like mad to keep our heads above water, learning how to navigate this life. And in all that time, it’s felt like we both had faces bowed down in grimaces of pain or duty, grief or worry, eyes meeting fleetingly, but blinded by our separate burdens. So, I remember those previous journeys to the ocean as a bit desperate, slightly lonely and only partially successful. But this time was different. Not easy, not perfect, but more like real life. Like a life where I’m totally present with my husband and easily walking the beach with my sons. I’ll get there one day. 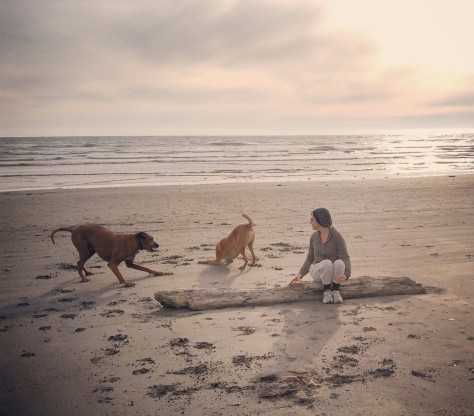 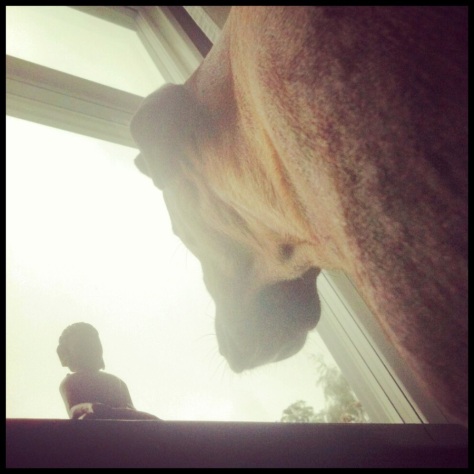 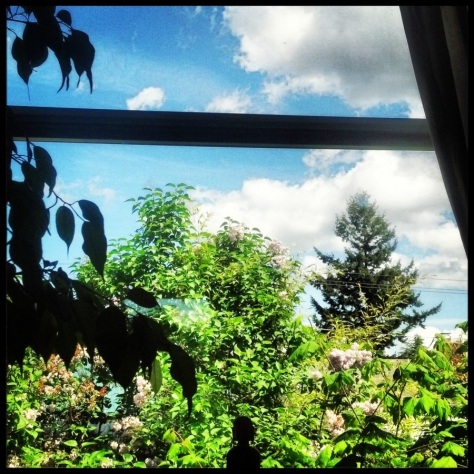 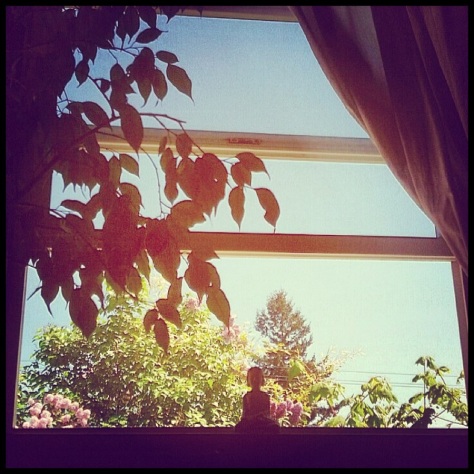 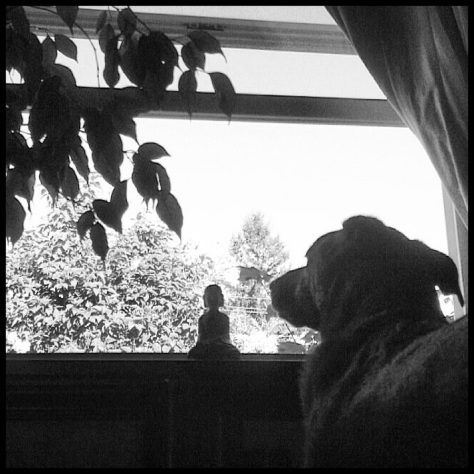 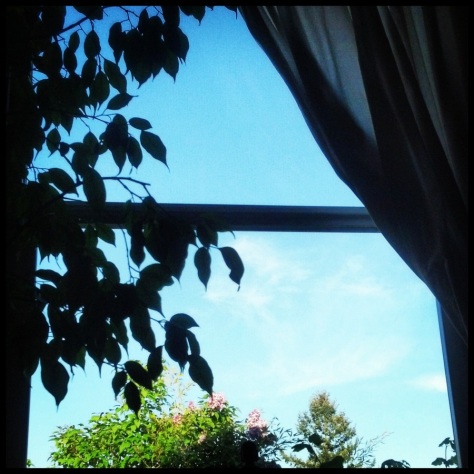 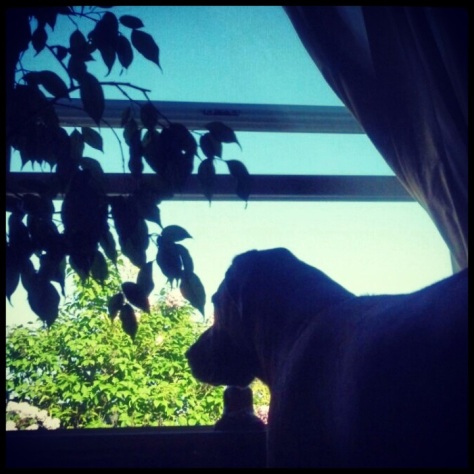 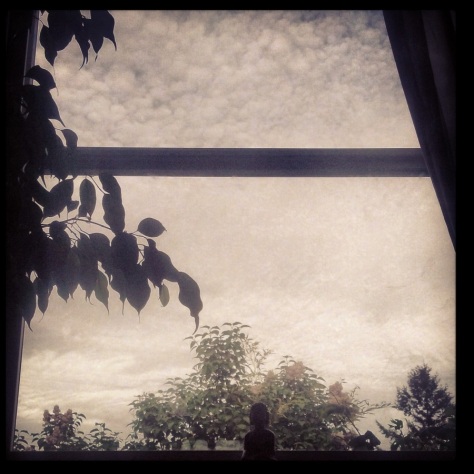 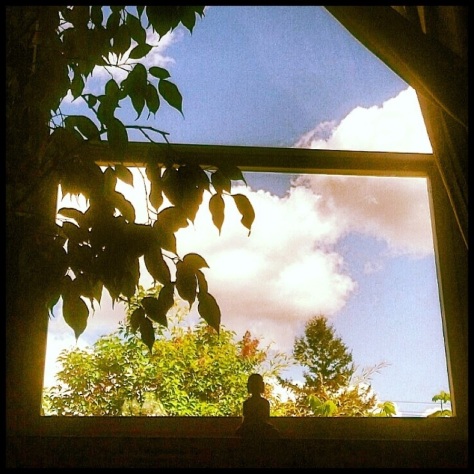 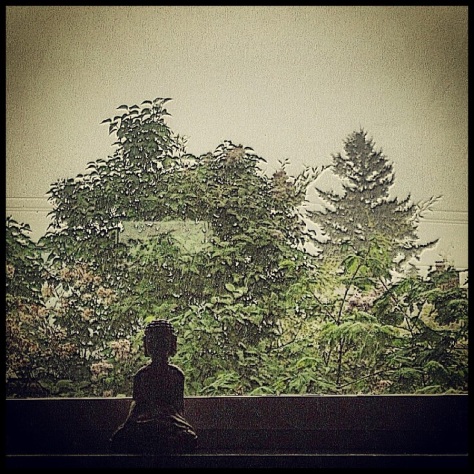 All photos taken with my phone (and some help from Instagram) on different days in May, while lying on my meditation mat, where I spend the majority of my waking hours.